Something more deadly than ordinary treks will come to mind when you think of “Stairs of Death.” However, the Stairs of Death are also one of the most beautiful spots in Peru, offering amazing views of the Valley! What is Huayna Picchu Stairs of Death?

The Stairs of Death are part of the popular Huayna Picchu Hike. The term was given because the steps are exceedingly steep and narrow as you get closer to the summit.

Tickets for the Huayna Picchu Hike are in high demand since it is claimed to have one of the most breathtaking views at its summit. Remember to reserve in advance because there are only 400 tickets issued per day.

The best time to hike Huayna Picchu is between April and October during Peru’s dry season. This is when the trails are not slippery and there is plenty of sunshine and clear skies for excellent visibility. 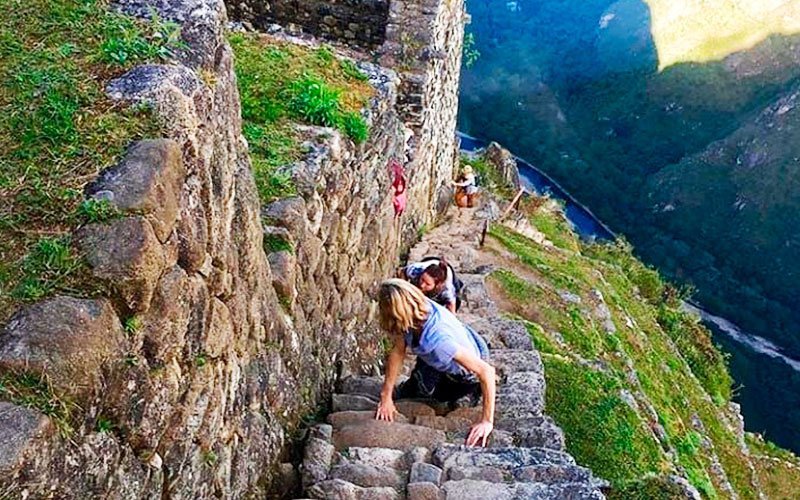 What does the Huayna Picchu Stairs of Death look like?

Hiking the Huayna Picchu Stairs of Death is not an easy task because you will be at an elevation of 2700 meters above sea level. The steps are exceedingly steep and narrow in most parts, especially while going up.

Depending on your level of fitness and level of experience (assuming that you have no fear of heights), the hike takes about 2 hours to complete. The best way to prepare for the hike is to acclimate by staying in the area for a minimum of two days.

The Huayna Picchu Stairs of Death are located on the upper trail of the hike. They are so narrow, sometimes you can’t even put both of your feet on a step. Additionally, there won’t be anything for you to hang onto when climbing these stairs except from the terraces on one side, so try to be careful.

The Incas used agricultural terraces and platforms that resembled steps to cultivate crops. The spectacular old city of  Machu Picchu is remarkable among the stunning views. You can also go to the Temple of the Moon while you’re here. 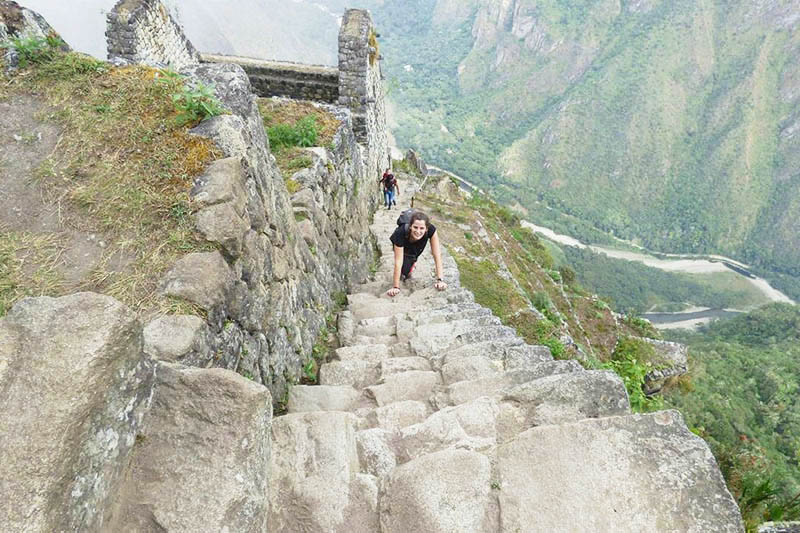 Have people died when hiking the Stairs of Death?

Although the name suggests that many people die each year while attempting to hike the Stairs of Death. This is not the case.

True, there are moments when you might fall if the terrain gets slippery. You must be careful because even the steps are not made evenly. However, hundreds of people take the Huayna Picchu hike each year and return without trouble, so you don’t have to worry too much.

Therefore, even though the sights can be hypnotic, try not to get too ecstatic and make sure to appreciate the moment. Take pictures but remember to carefully place your steps!

Wondering the difference between Huayna Picchu and Machu Picchu mountain? Check out this post.

When you book with an account, you will be able to track your payment status, track the confirmation and you can also rate the tour after you finished the tour.
Sign Up